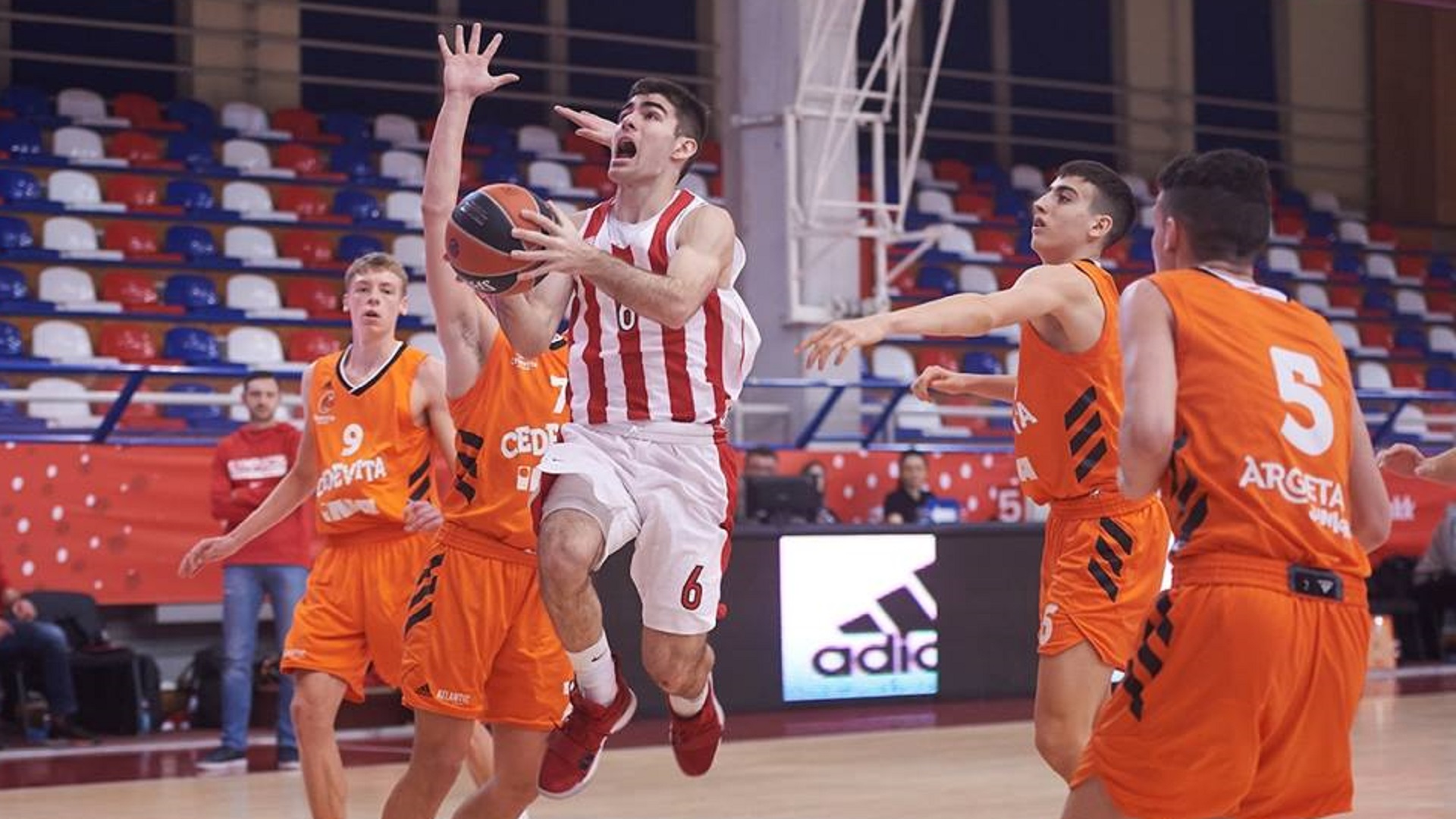 Olympiacos lost to Malaga 75-88 for the 2nd day of the “Adidas Next Generation Tournament”. Our team plays against Cibona tomorrow (28/12).

Malaga’s tall players caused serious problems to the ‘reds’. The Spaniards dominated rebounds (they grabbed 17 against 6 for Olympiacos in the first quarter), put pressure in the defense driving Tsaldaris’ players to poor choices, while they ‘struck’ inside the post when attacking and built and +16 difference (9-25 at 10’). Our team tried to close in with perimeter shots (18-31 at 13’), however, Malaga played pressing defense at three quarters of the floor and using its dominion of the rebounding as a weapon (14-33), stepped on the gas pedal and sent the difference to +25 (24-49 at 20’). 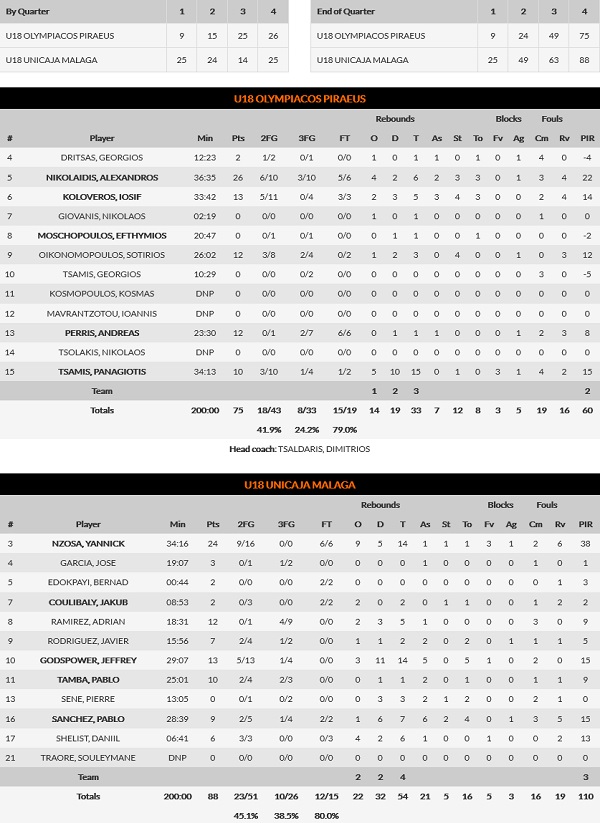