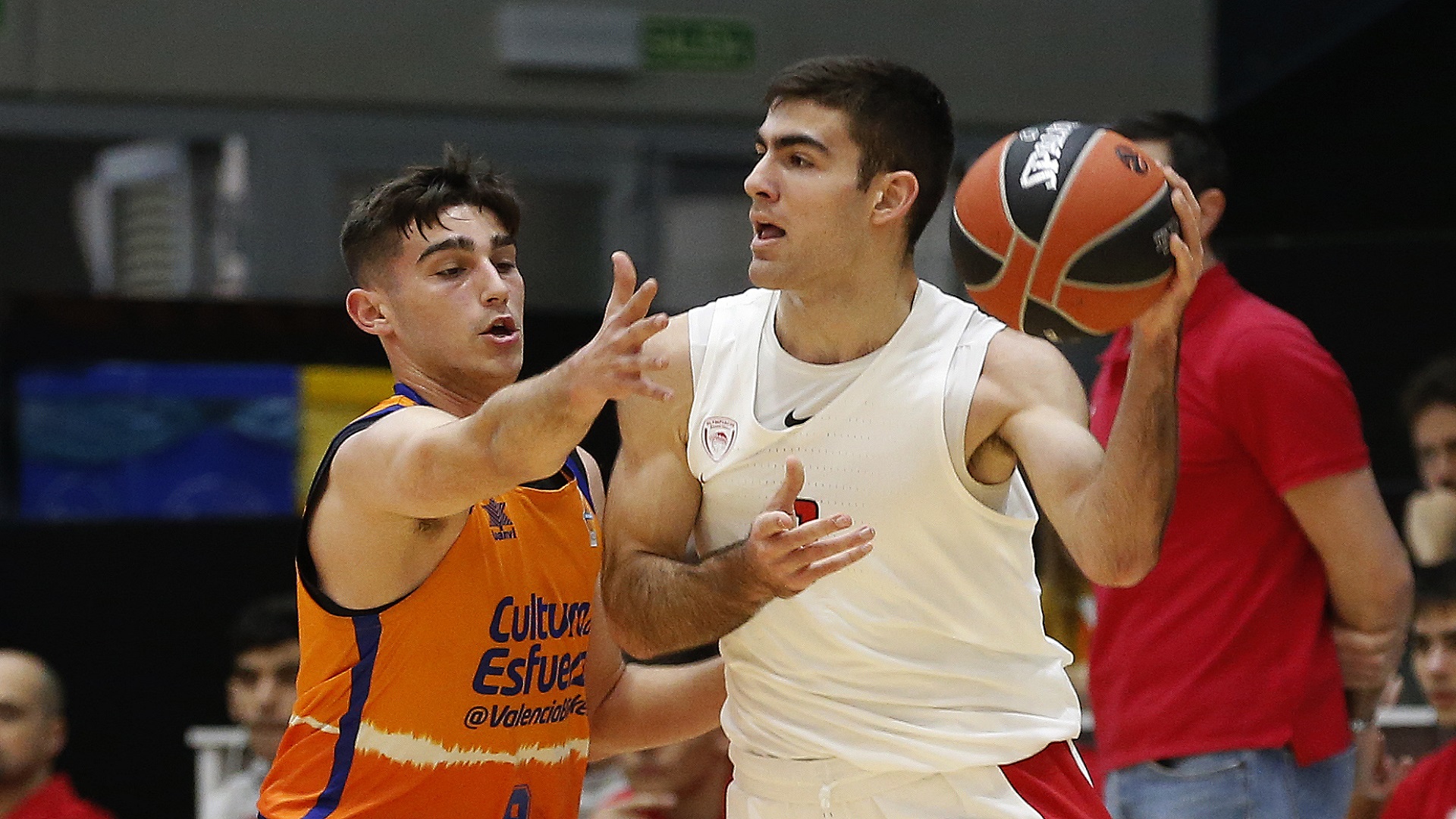 Olympiacos 'paid' for its first bad half and lost to Valencia 81-70, for the 1st day of the "Adidas Next Generation Tournament". Tonight at 20.00 CET, our team will be playing against Malaga.

Bad defensive operation and turnovers allowed the hosts to establish the tempo from the beginning of the game and to close the first quarter leading 24-15. The pressing defnse of Valencia caused an offensive problem to the 'reds', resulting for the margin to skyrocket at +20 (42-22, at 14'). Dimitris Tsaldaris' players tried to react, however, the Spaniards maintained control with no problems (51-33, at 20'). 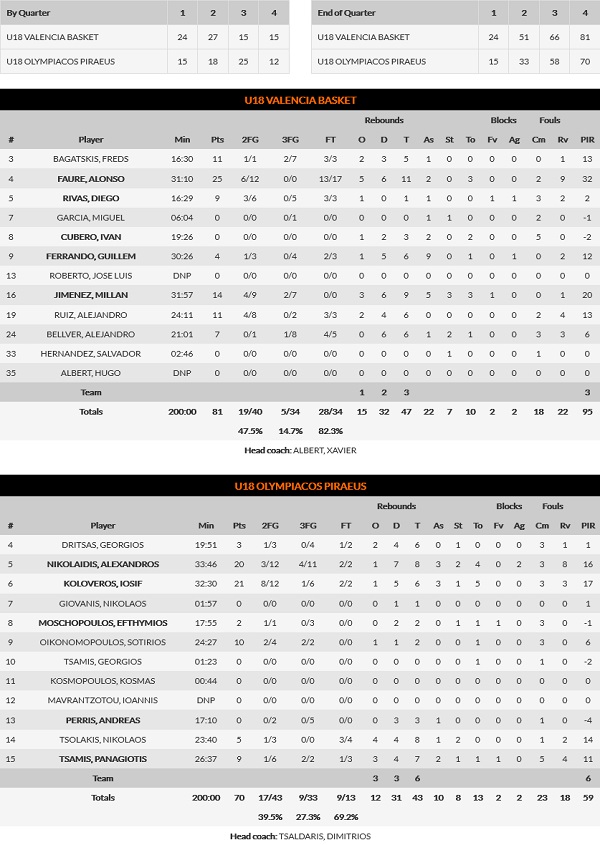