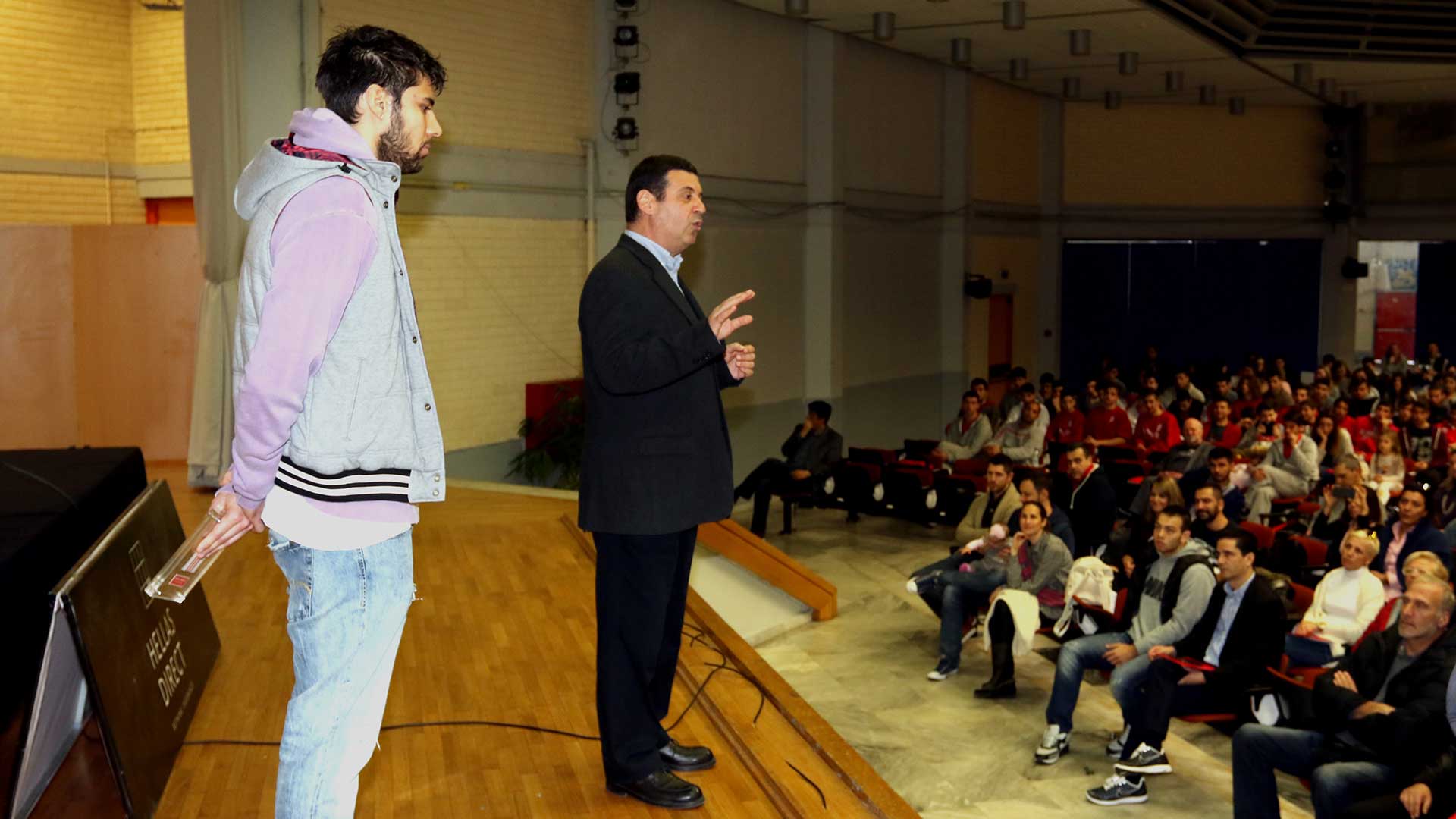 The New Year’s event of the Academies (Video - Pics)

The New Year’s event of the Olympiacos BC Academies took place Sunday morning (14/2) at the Peace and Friendship Stadium with the participation of Hellas Direct, the main sponsor on the ‘Thrylos’ Developmental program.

Giorgos Printezis and Vassilis Mouratos were honored during the event, two players that had played for the ‘reds’ academies in the past, while the coach of the Greek Champions, Giannis Sfairpoulos honored the junior team of Olympiacos of the 2014-15 season. 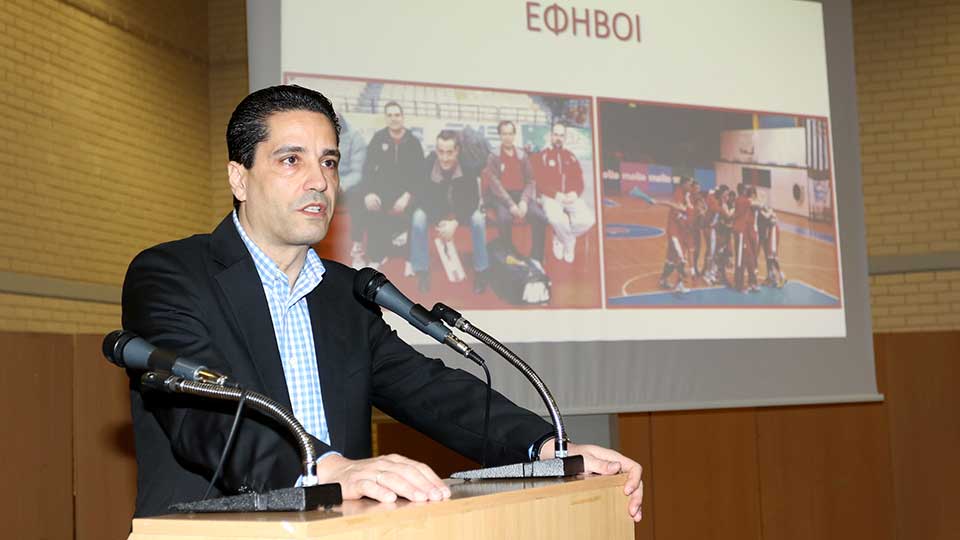 The Greek coach spoke for the camera of Olympiacos BC TV. “If you don’t have academies, if you don’t have developing teams, if you don’t have players below the men’s team, then whatever the men’s team does has no impact. A team with no junior teams cannot move on. The men’s team is the example for the junior ones and those are the example for the men’s team”, Giannis Sfairopoulos commented and added: “The effort done by the Club in recent years and now with Mr. Kerameas, I believe proves that the team Academies have changed level and I think that the quality of the work done is visible on a daily basis and it’s going to become even more visible with the upcoming results. This takes time and patience. The most important thing is to educate these kids and this is done to the max by the Olympiacos Academies because apart from good athletes we also want to raise good people”. 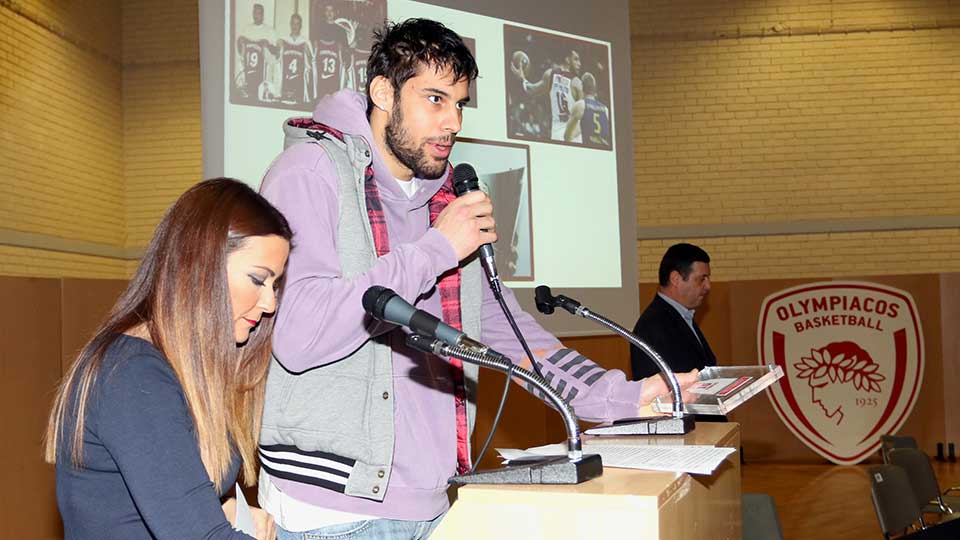 Giorgos Printezis is half an Olympiacos Academies product, since he joined the team at the age of 15: “I was lucky to be a part of a very good generation of athletes and coaches, but also of a greater total here in Olympiacos. I was given the opportunity to work and go after things”.

The ‘Thrylos’ lieutenant went back in time, when he was playing basketball in open playgrounds and was dreaming big: “When we were playing basketball as kids, we would dream of being a certain player and that we could do the things he was doing. I was trying to imitate Paspalj, but I wasn’t really successful (laughing). Sometimes, I was even trying to be Tomic”.

As to what kind of advice he would like to give the kids? “Try to build your character and win things. Life is a constant battle and it’s much better to be in a gym than any place else”. 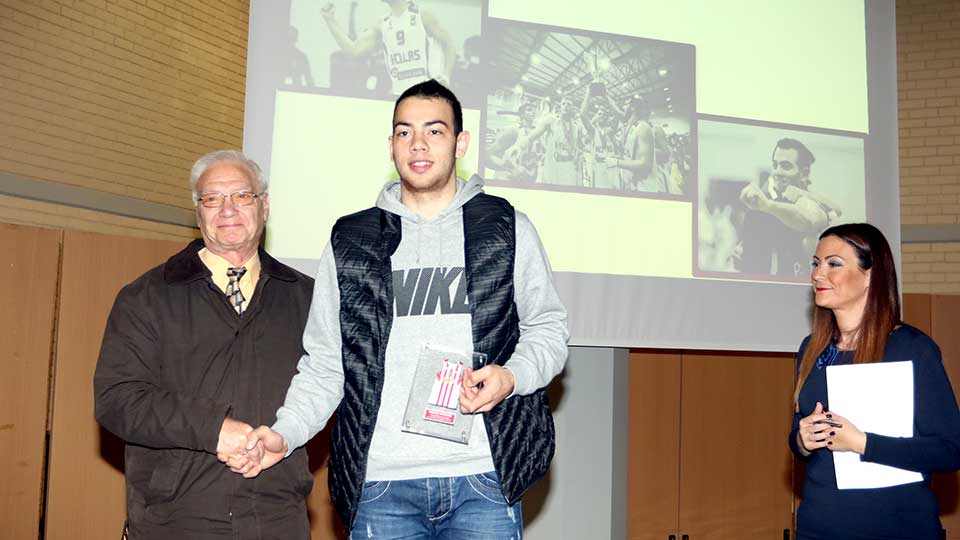 Young Vassilis Mouratos had also some advice to give: “Half a step is taken when you join Olympiacos. The other half is up to you. Up to how hard you want to work and take advantage of all these that are going to be offered to you here”. 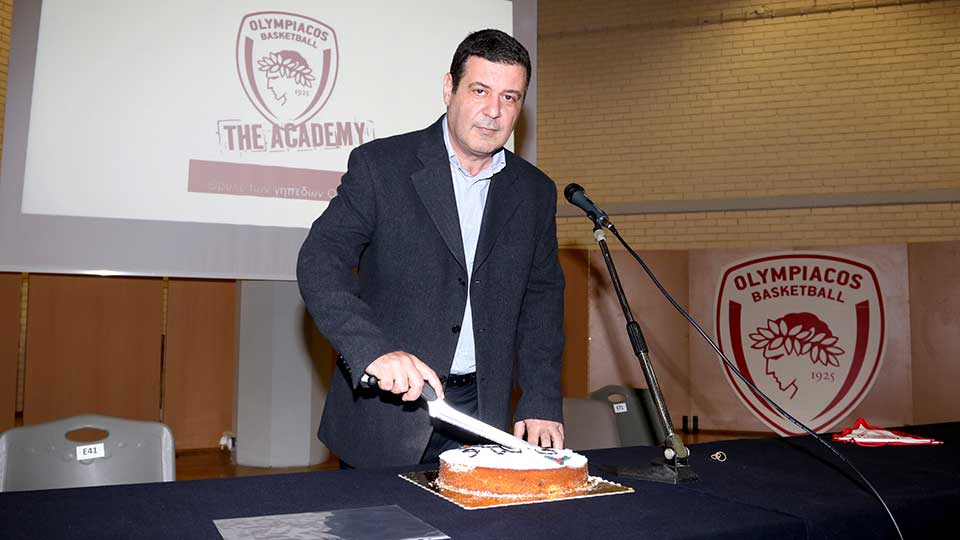 The whole event was organized under the supervision of the Academies Director Mr. Nikos Kerameas who has put his signature seal on the ‘Thrylos’ Academies during the past six months: “We want to help the kids realize their dreams”, the experienced coach commented on the camera of Olympiacos BC TV and added: “We dream about a lot of things. We need to look up and set goals. We start building from the base up. We are happy because many new kids come to Olympiacos and we want to infuse them with the right basic principles. If the base is wide, then you can hope to build a large pyramid”. 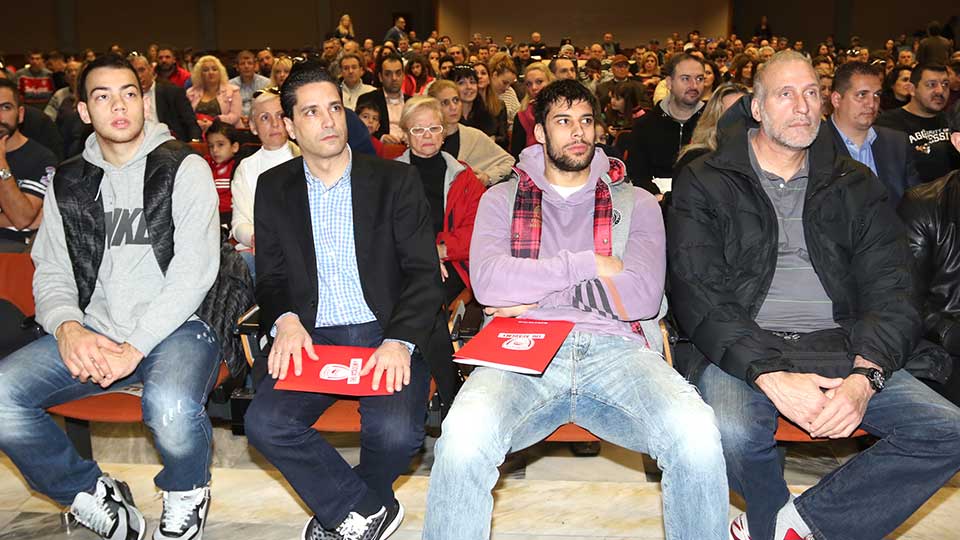 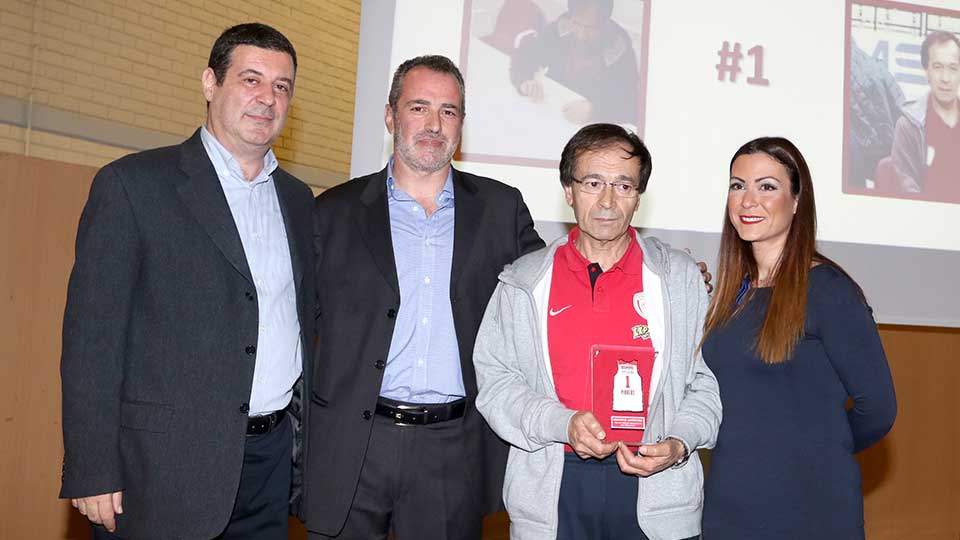 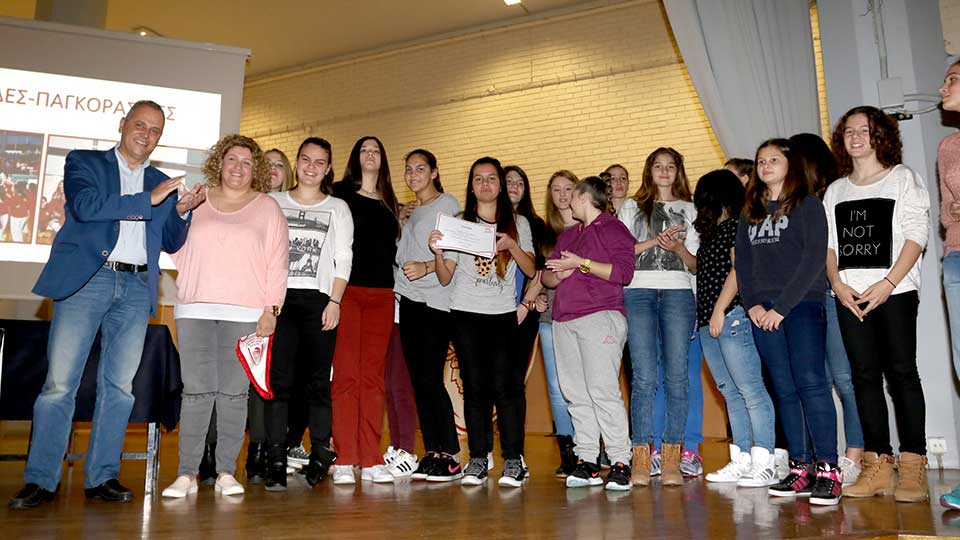