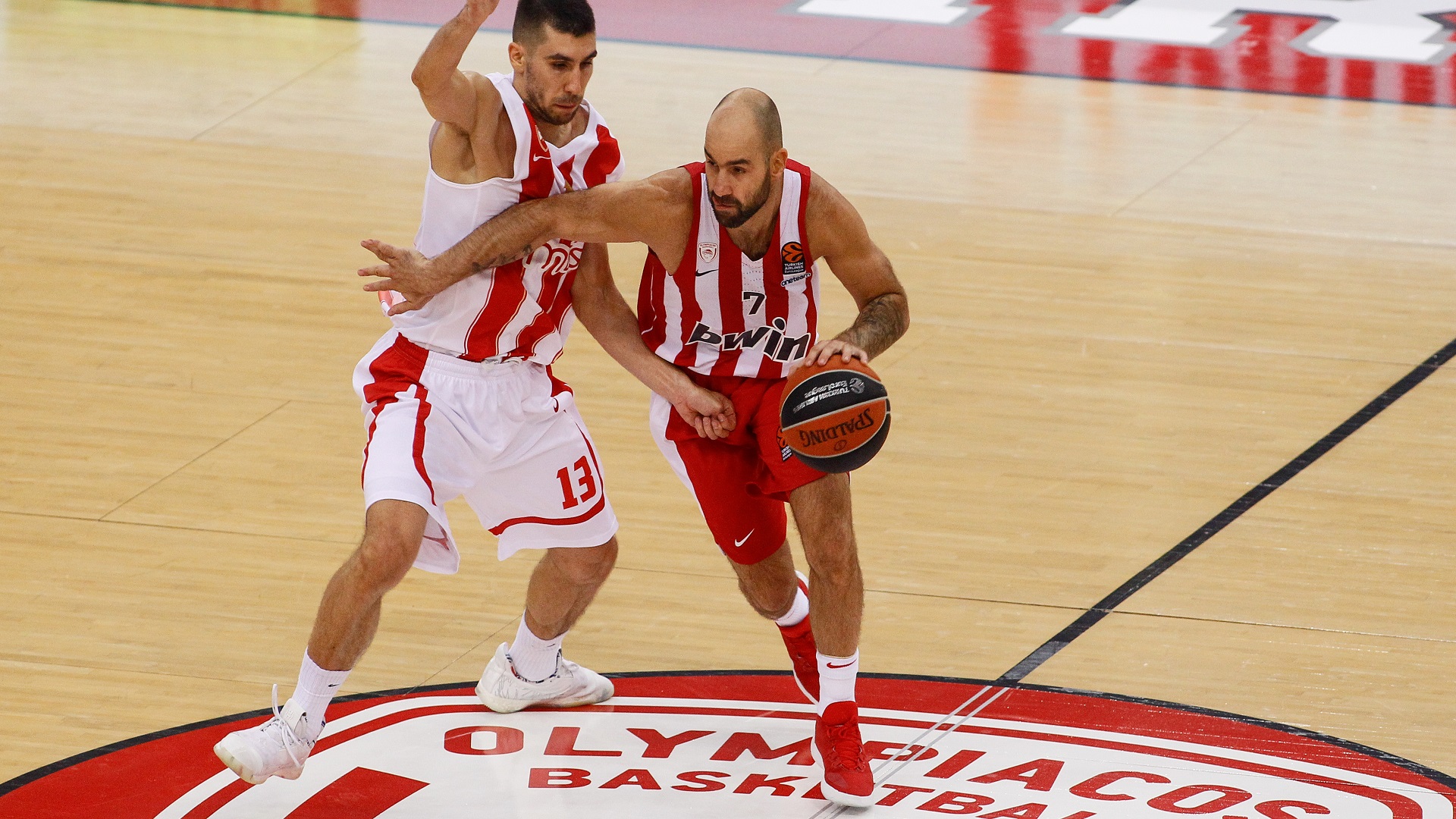 In the premiere game in front of his fans, Olympiacos fought but lost to Crvena Zvezda 71-73.

The game had a special feel due to the presence of Milan Tomic in the opposing bench. Before the jump-ball of the game, the Presidents of Olympiacos BC, Panagiotis and Giorgos Angelopoulos, honored him for his huge contribution to our team. On his part, the Crvena Zvezda coach gave them a jersey of the Serbian team signed by all its players.

Playing good defense and with Printezis and Punter leading the offense Olympiacos got to lead by 8 (19-11 at 8’). Then the guests put pressure at the back court, “struck” in the post and running an 11-0 streak got to lead by 3 (19-22 at 11’). With Ethan Happ doing a very good job in the post and relying on offensive pluralism, David Blatt’s players replied with a partial 14-2 of their own, regained control (33-24 at 16’) and maintained it till the end of the first half. The outlook of the game did not change into the second half… Olympiacos was steadily leading and closed the 3rd quarter with a +10 (55-45).

However, the ‘reds’ let their guard down in the beginning of the 4th quarter and allowed Crvena Zvezda to tie the game 55-55 (at 32’) after running a partial 10-0. Rubit’s 5th foul at 34’ combined with the 4 fouls for each of Happ and Papanikolaou before even the 3rd quarter was over, made the ‘reds’ job inside the post much more difficult. The solution nevertheless came from the perimeter and specifically from Vassilis Spanoulis, who opened fire from behind the 6.75m. and gave Olympiacos a lead of 7p. (65-58 at 35’). The Serbs “paid back” Olympiacos the same way tying the game 67-67 (1:40’’ before the buzzer).

David Blatt: «I’m never particularly overwhelmed by friendly game results. We played very well for three quarters, however, the players of Red Star played a terrific fourth quarter and won. We have many positive things to keep from the game. We are missing three very important players that can make the difference in the offence. I have never worked with Milan Tomic, but I have known him for many years and have respect for him. He’s excellent and a special part of the exceptional DNA of the Olympiacos’ history. It’s very beautiful we hosted him at the SEF and am glad to have spent a few minutes with him talking about basketball».

Μilan Tomic: «I feel weird. It’s a team that I have spent 25 years with. But you have to separate love from work. When you get on the floor you have to be a professional. However, what’s in the heart can change. As for my team, we still need a lot of work, but the first sample is positive».