Our team played without the French center, Moustapha Falla, who suffered a first degree sprain of his right foot.

With an exemplary defense and Sasha Vezenkov and Hassan Martin heading the offense, the (infallible in the first quarter) Olympiacos ‘built’ a +18 margin (10-28 at 9’).

In the second half, Olympiacos began kind of sluggish and the hosts closed in to 15p. (34-49). Dorsey and Sloukas opened fire however from the three point line and immediately restored order (34-55 at 24’).

Consistently relying on their exceptional defensive game, Bartzokas’ players maintained absolute control, increased the distance even further (+30, 60-90 at 38’) and added a comfortable win to their record. 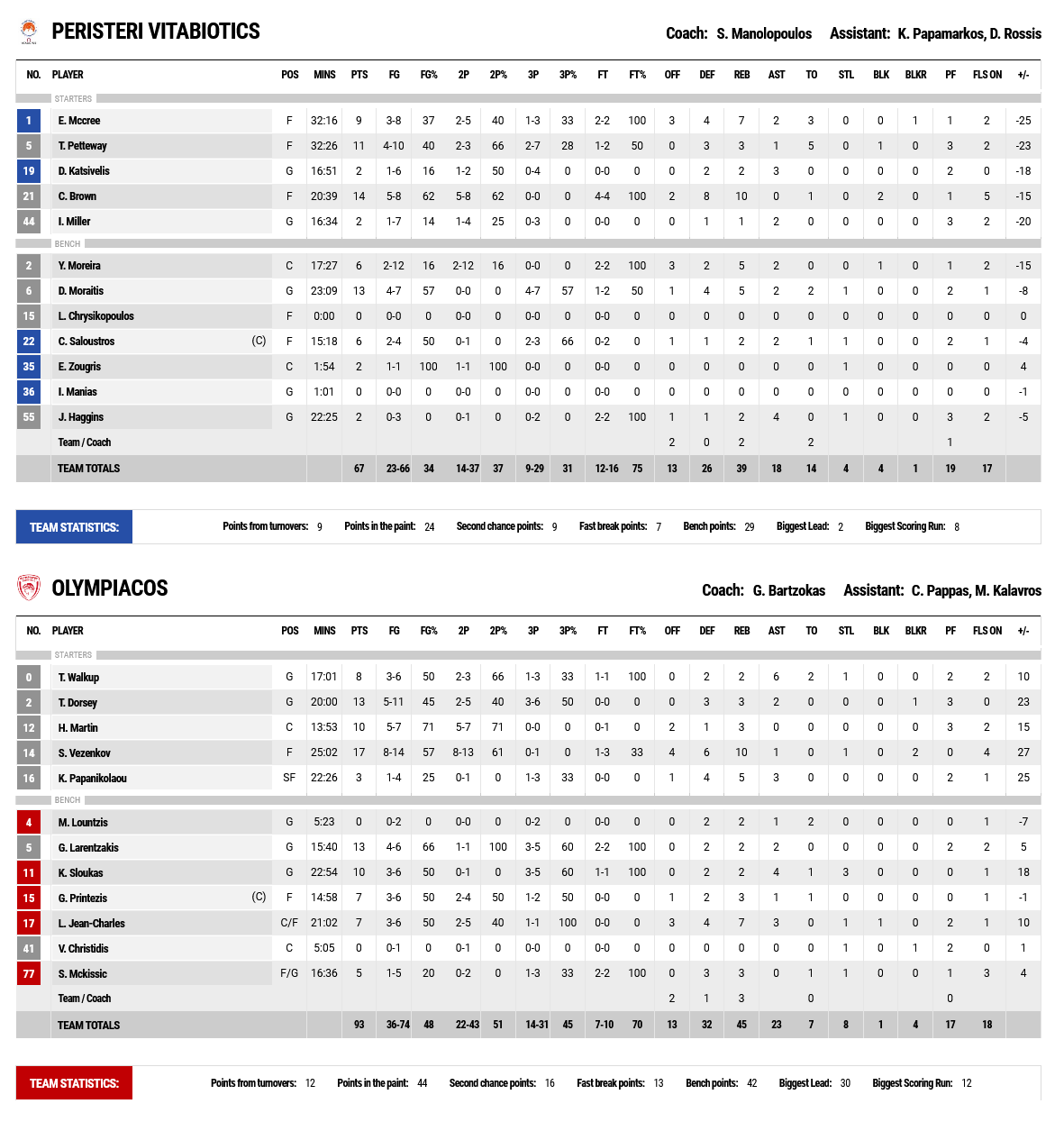