The great protagonist of the game was Kostas Sloukas!

During the first eight minutes of the game, the ‘reds’ were consistent with their defensive duties, but not so with their defensive ones (11-12 at 8’). When however, Dorsey and Papanikolaou found scoring from the perimeter and Fall dominated the post, they succeeded to impose the tempo and running a partial 12-2 streak, and found themselves at +9 (23-14).

The Turkish team tied the game 27-27 mainly with threes (at 15’), but Olympiacos was determined to pay them back the same way… Playing a superb defensive game and ‘bombarding’ the basket from the three point line with Sloukas and Larentzakis, they skyrocketed the difference to 13p. (40-27) and closed the first half at +11 (45-34).

Our team maintained complete control up until 27’ (55-42), however, bad choices in the offense and defensive gaps gave Fenerbahce the right to run a partial 16-0 streak and get ahead 55-58 at 33’.

The seven minutes of scoring ‘silence’ for Olympiacos ‘broke’ with 2/2 free throws by Shaquielle McKissic (57-58), however, defense and Kostas Sloukas were the factors to put our team once again at the driver’s seat (65-62, 1:39’’ for the buzzer).

Back to back missed threes and a goal-foul by Polonara once again leveled the game (65-65, with 39.4’’ to go). A failed attempt of putting the ball back on the floor almost cost the ‘reds’ dearly, who nevertheless saved the day with good defense while 2’’ before the end, Kostas Sloukas took matters into his one hands and wrote the final 67-65. 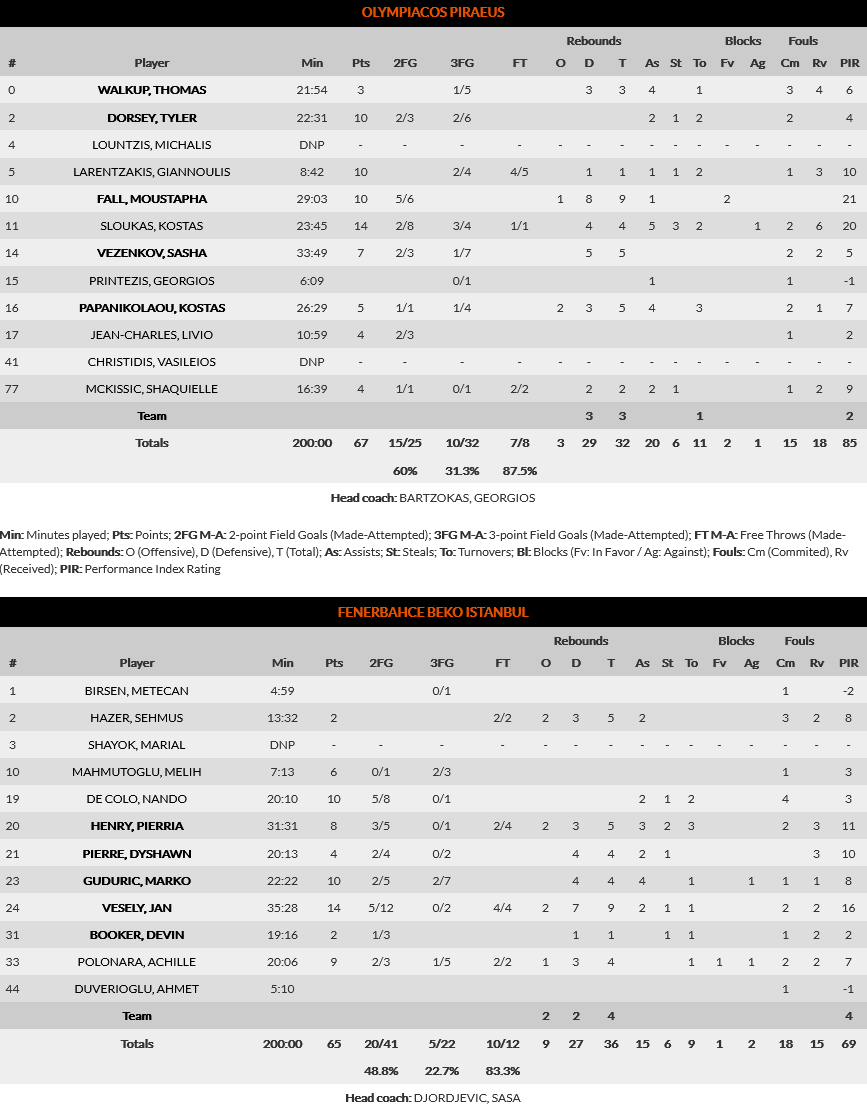