A difficult win at the Ivanofeio Olympiacos had to use an extra five minutes in the prorogation to bend the strong resistance of Iraklis and get the victory at the Ivanofeio (90-96, regulation 78-78) and hence remain undefeated for the Stoiximan Basket League.

Terrible percentages with three pointers and consecutive turnovers did not allow the ‘reds’ to find rhythm in the first quarter which the closed leading with 2p. (13-15) thanks to a three at the buzzer by Michalis Lountzis.

Olympiacos continued a low flight, but despite it, the team was able mainly thanks to its defensive game and Lountzis’ success from the perimeter, to gain a +7 difference (29-36 at 18’). Iraklis however replied with a 5-0 streak and closed in to two points (34-36) at 20’.

The coming of Kostas Sloukas on the floor assisted in the improvement of our team’s offense. The ‘reds’ got to move the ball correctly, went with good decisions when attacking, and running a partial 16-2, got to lead by 16 (36-52 at 26’). But they didn’t get to follow up on that …

With 4.7’’ to go, Lynch scored a three-pointer for Iraklis (75-76). The hosts immediately fouled Tyler Dorsey, who made both his free throws writing the 75-78 (4’’ to the end), however, Papadakis scored a buzzer beater three and sent the game to overtime.

During the extra five minutes, Iraklis got to lead 80-78 at its beginning, but with good defense and keeping calm during the free throw roulette, Olympiacos, who had Sasha Vezenkov lead its offense, succeeded in getting a valuable victory.

Kostas Papanikolaou got to stay on the floor for just 45’’. The 31-year old forward got injured in his knee, wasn’t able to continue and upon returning to Athens, shall undergo a medical evaluation to determine the extend of his injury.
* Hassan Martin was not included in the roster. 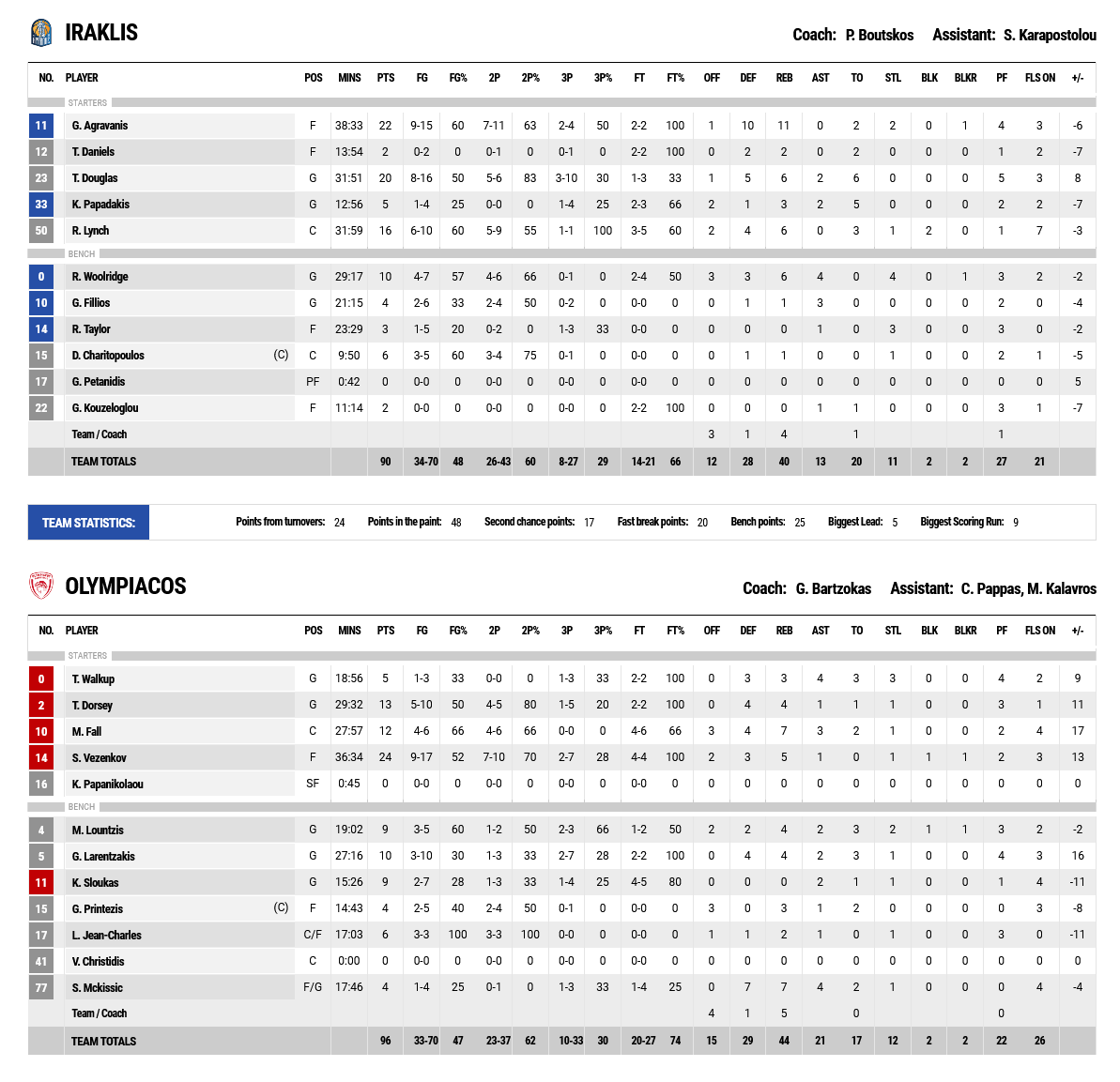