A loss in Moscow Olympiacos lost in Moscow to CSKA 82-88, for the 5th round of the Euroleague.

During the first six minutes, the ‘reds’ dominated both ends of the floor and with Tyler Dorsey heading the offense (he had 14p. with 1/1 2-pointers and 4/4 threes in the 1st quarter), and got to lead with 12 p. (6-18). CSKA took advantage of the consecutive turnovers of our team and closed in to 6p. (12-18), however, thanks to its excellent percentages, Olympiacos regained control (12-23). But only for a while…

The hosts once again attacked back and with a partial 16-2 turned the tables (28-25 at 14’). And they did not stop there… Relying on Clybern, as well as to the fact that Olympiacos was not moving the ball well and therefore was missing good offensive choices, and increased the distance to +10 (48-38) by the end of the first half.

Following the same recipe and always with Clyburn at the steering wheel, CSKA skyrocketed the difference to +17 (66-49 at 27’). The entrance Livio Jean-Charles practically helped our team to substantially improve its defensive game and at the same time – mainly with Dorsey – to run a partial 14-0 and close in at 3p. (66-63 at 31’). 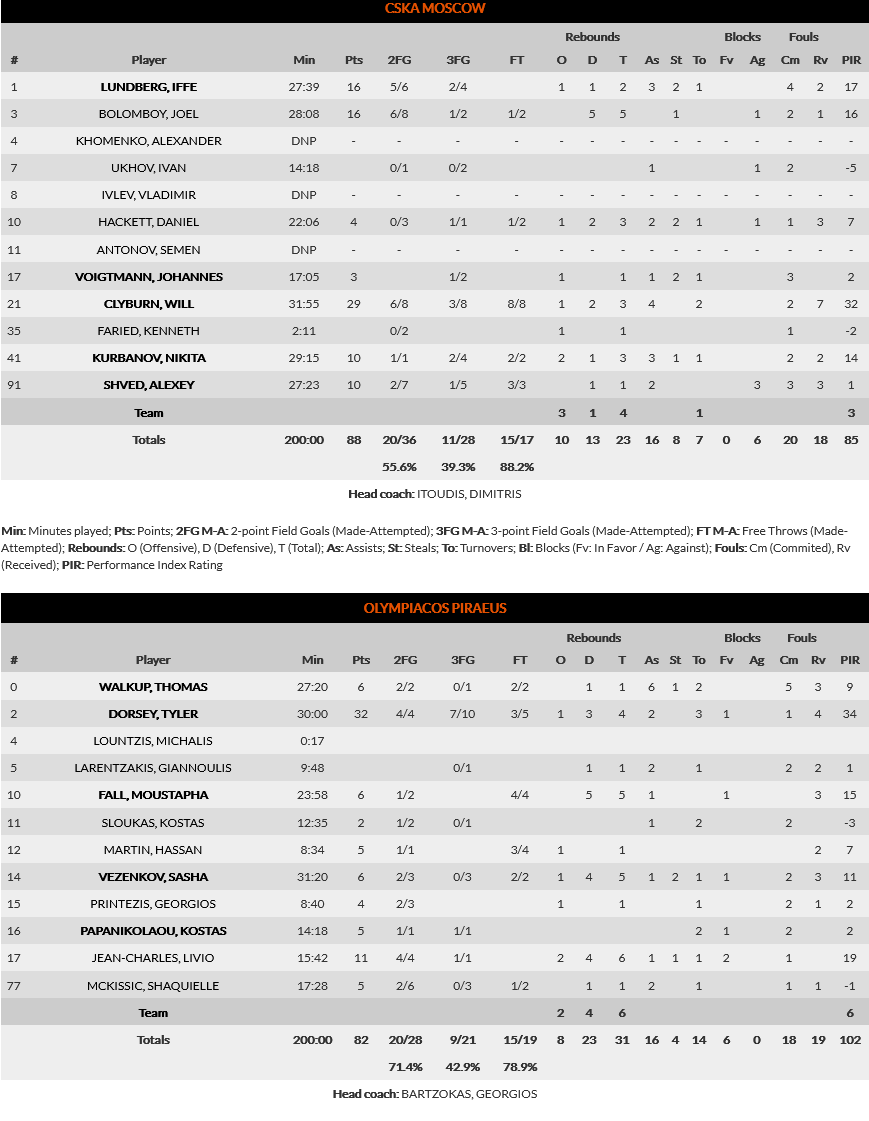