Olympiacos bested Zalgiris at the SEF 83-68 returning to winning. This was the 3rd win for the ‘reds’ in four Euroleague games.

Nothing worked for Olympiacos in the first quarter. Bad offensive choices and almost non existent facilitation (only one assist during that time), combined with the good perimeter percentages for the Lithuanians, allowed Zalgiris to get a +13 difference (8-21 at 8’).

The guests got to lead even by 14 (15-29 at 12’), however, the ‘reds’ reacted. They put pressure in the back court, found target from the perimeter and with Kostas Sloukas, Giannoulis Larentzakis and Shaquielle McKissic running the offense, succeeded in closing in at 3p. (36-39) at the end of the first half.

The Bartzokas’ players came into the second half determined to get control of the game and they did just that… Pressing even more when defending, with Sasha Vezenkov stepping up assisted by Thomas Walkup and Kostas Papanikolaou, a +14 margin had been built at 30’ (63-49).

Consistently relying on their defense, but also on their good perimeter shooting, the ‘reds’ widened the berth (+20, 75-58 at 35’) and got a very easy final win. 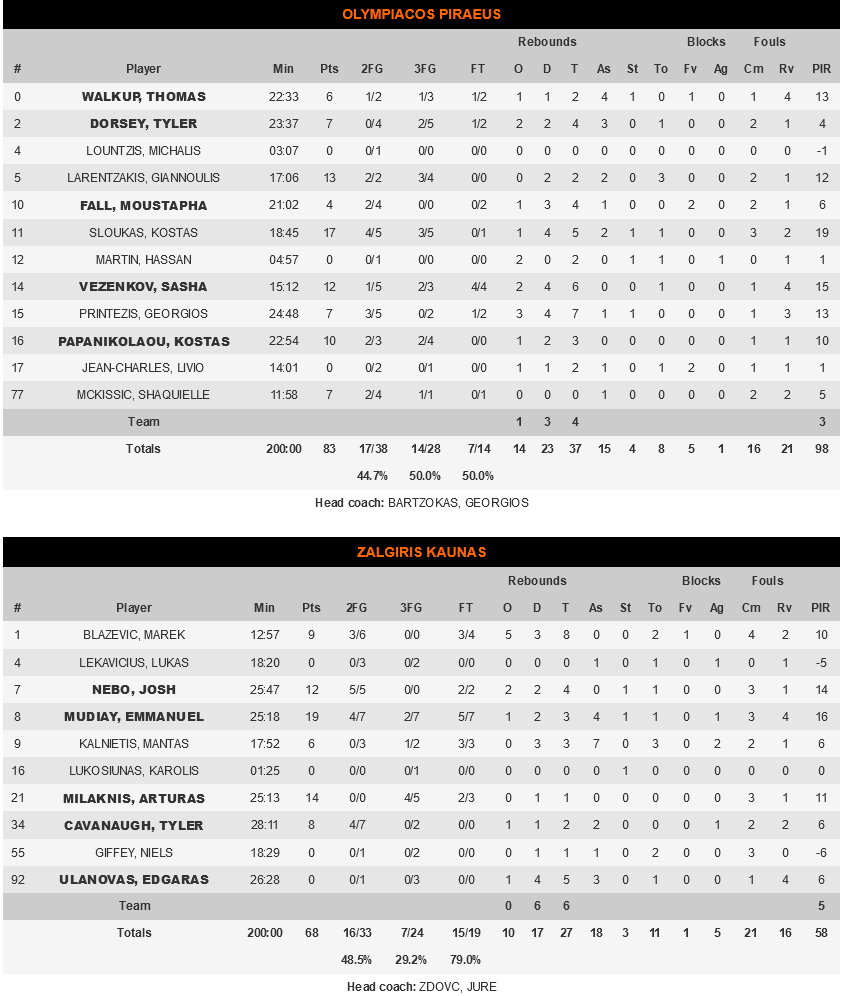