Olympiacos played a magnificent game and ‘crushed’ Lavrio on the road 108-72, for the 2nd day of the Stoiximan Basket League.

The game was balanced up until 9’ (21-23). However, the outlook completely changed when the ‘reds’ combined solid defense with good perimeter percentages (which were lacking in the first 9 minutes).

In the second half the game turned into a one role play. The ‘reds’ absolutely dominated the floor (they scored a total of 39 points through the 3rd quarter) and with Dorsey leading scoring, they skyrocketed the difference to +38 (47-85 at 29’). 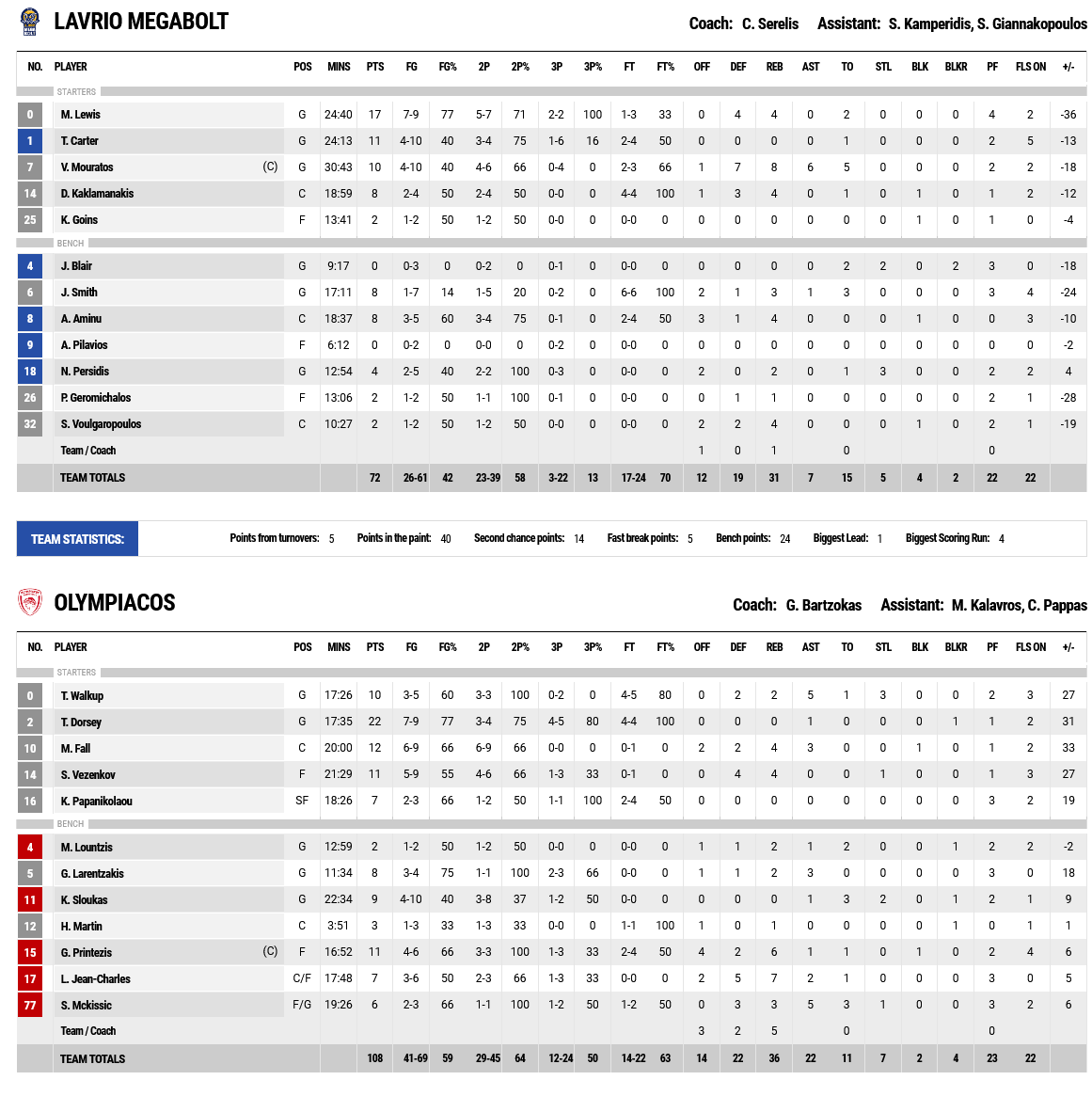