Real succumbs in the SEF!

Olympiacos bested Real Madrid 74-68 in the SEF and now has a perfect 2/2 score for the Euroleague!

Defense and perimeter poor percentages (0/8 for the ‘reds’, 0/6 for the Spaniards) were dominating the first quarter, which is only obvious in its final score, 13-10.

Olympiacos got to put more pressure in the defense later and with Kostas Sloukas leading the offense, the ‘reds’ tried to impose the tempo (26-21). Real nevertheless found solutions with Tavares and Goss and got the lead at the end of the first half (35-36).

The game continued being a first class derby into the second half. The guests were leading 37-41 at 23’, but Olympiacos got back and with a three by Tyler Dorsey, got to close the 3rd quarter at +2 (54-52).

Real took advantage of turnovers and missed free throws by our team and closed in 71-68, with 49.7’’ on the clock, but the Bartzokas’ players kept their cool… A bucket by Vezenkov, a good defensive play my Martin on Tavares and 1/2 free throws by Sloukas were what it took to seal the victory. 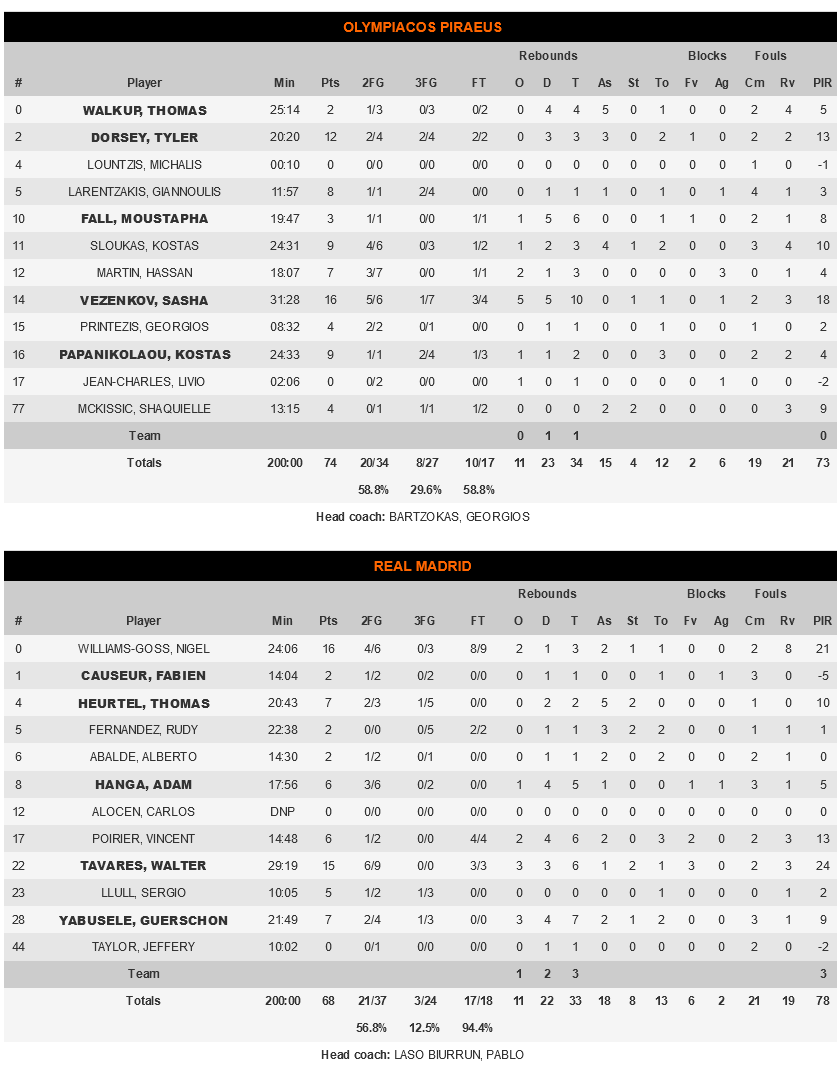