A winning premiere in the Basket League also!

Olympiacos bested AEK at the SEF 103-78 and made a winning premiere in the Stoiximan Basket League.

Shaquielle McKissic entering the game fueled Olympiacos with energy, hence regaining the lead (41-37 at 18’). However, there were still problems in the back court, which did not allow the ‘reds’ to close the first half with anything but a mere plus one (44-43 at 20’).

The hosts upped their performance substantially in the second half on both ends of the court. With good defense, good ball movement and good perimeter percentages, they set the tempo and closed the 3rd quarter with a score of 72-64, not stopping there however… They upped the tempo even more and skyrocketed the difference to 23p. (93-70 at 37’), at the same time offering a great show!

The final difference of 25p. was the largest for Olympiacos in the game. 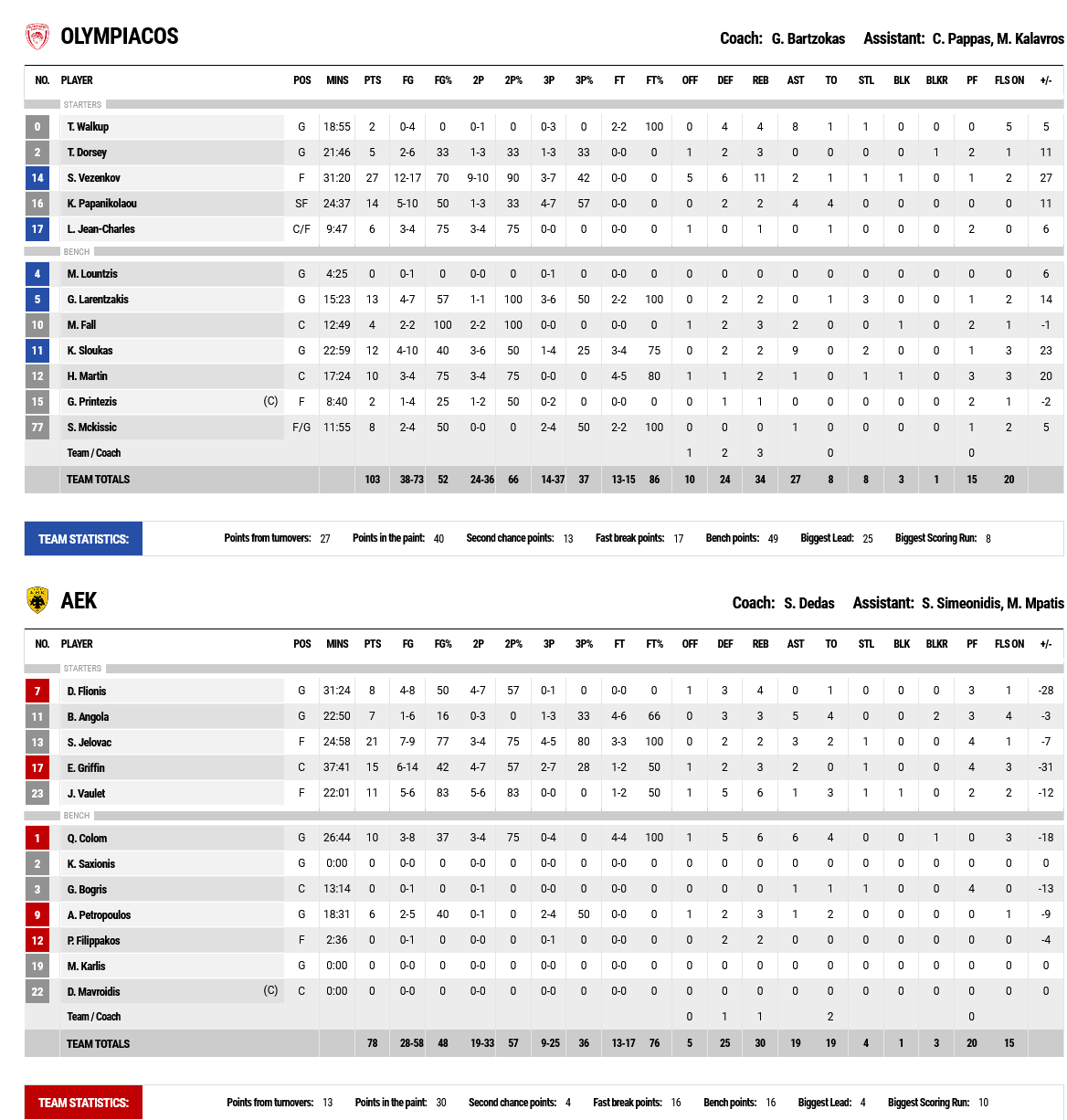