Olympiacos sweeps through the Euroleague premiere!

On the first night of the fans returning to the SEF, Olympiacos beat Baskonia 75-50 following a sweeping performance in this season’s Euroleague.

Relying on its aggressive defense (that forced the Basques into ten turnovers in only the first quarter) and with Tyler Dorsey and Sasha Vezenkov spearheading the offense, Olympiacos set the tempo and built a +15 margin (28-13).

The team did not become complacent though… Maintaining a consistent solid defense, the ‘reds’ stopped Baskonia from scoring for a total of eight minutes (the score was 28-18 at 11’) and showing incredible energy when attacking, they skyrocketed the difference to +29 (47-18)! Finally, following a mini 4-0 streak by the Spanish team, the half time closed at +25 for the hosts.
In the second half the ‘reds’ took the tempo down a notch, the Basques found the opportunity to strike from the perimeter with their primary offenses and the difference shrank to 17p. (59-42 at 29’).

Olympiacos’ response was imminent … Sloukas and Fall once again sent the difference to +21 (63-42) at 30’, while in the 4th quarter, good defense combined with efficient ball movement maintained a solid distance (73-46 at 38’), giving the ‘reds’ a comfortable win. 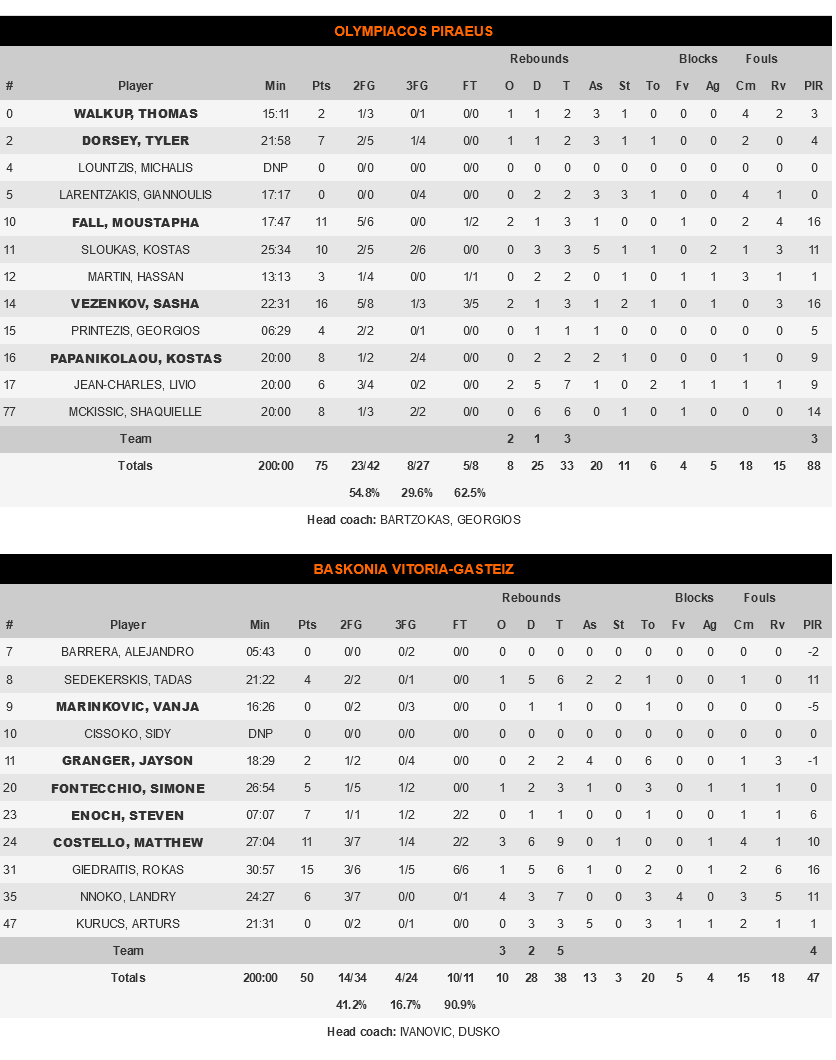