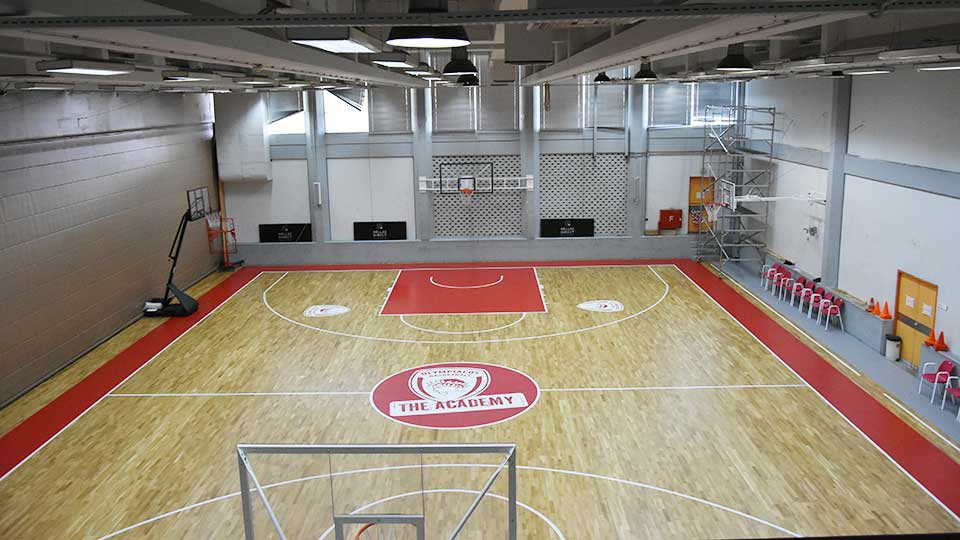 Thrylos’ Academy functions within the Peace and Friendship Stadium facilities using the three auxiliary courts inside the stadium as training venues.

The three courts used on a daily basis by the future stars of the team are fully equipped so as to provide comfort and especially proper conditions for the young athletes of Olympiacos to love basketball.

Since October 2015, Olympiacos has created yet another gym to accommodate the members of its Academies. Room 3 of the Peace and Friendship Stadium was transformed into a modern basketball court with the proper equipment.

The fully equipped gym’s weight room as well as the men’s team facilities of SEF are used for the needs of the Academies whenever this is possible in accordance to the schedule of the players of Giannis Sfairopoulos.

Transportation…
The big advantage of the Peace and Friendship Stadium is its location and the numerous ways to reach it.

By public transportation: Bus lines 101, 130, 217, 218, A1, B1 departing at Piraeus and making a stop right outside the Stadium entrance, while bus lines B1, A1, E1, 130, 218, 232, 040, 217, 229 arriving at the Piraeus port make a stop right at the opposite side of the street and visitors can cross the special pedestrian line down from the sea side road, thus arriving at the Stadium entrance. The express line E96 PIRAEUS - ATHENS AIRPORT makes a stop at the same spot.

The tram terminal is right next to the Stadium, as well as the New Faliro stop of the electric train.