Have Kobe Bryant and Vassilis Spanoulis hung their shirts and taken up coaching? Of course not. The Lakers superstar and V-Span sat at the end of their benches for the sake of NIKE and an event organized by the sports company at OAKA.

Have Kobe Bryant and Vassilis Spanoulis hung their shirts and taken up coaching? Of course not. The Lakers superstar and V-Span sat at the end of their benches for the sake of NIKE and an event organized by the sports company at OAKA.

By means of Kobe’s trip to Greece, a tournament was organized and the Lakers superstar together with the Olympiacos captain took up coaching the finalists, with the team led by the American player doing better.

Olympiacos’ G.M. Christos Stavropoulos was also at OAKA and also the “reds” marketing director Nikos Lepeniotis who saw their captain handing Kobe an Olympiacos shirt bearing number 24 on the back together with his name and also two bags with apparel and memorabilia for his daughters from the Official Olympiacos B.C. Store.

At first, the Lakers star, noted: “I’m very happy to be in Greece, since people here know very well about the secrets of basketball”.

Next, the event commentator asked Vassilis Spanoulis, who would prevail during a one-on-one duel and Kobe hugged the Olympiacos guard smiling and saying: “Don’t answer that!” Then, Spanoulis took up coaching one of the finalists, and the “Black Mamba” took up coaching Ballers 2.

During the game and while the Spanoulis team was trailing, the Larissa guard asked for  a time out and stressed to his players: “Don’t get nervous, it’s just … Kobe! We have to play the pick n’ roll better, but we definitely need to win”. Things seemed to become dangerously … serious, when the commentator walked toward Kobe while he was talking to his players and was sent away!

The game was divided in two ten minutes half times, and while Kobe’s team was leading 8-6, he was showing his players how to screen!

Kobe’s team won 21-18, while Vassilis Spanoulis seemed happy to have participated in the event: “It’s not important who won, but it’s a huge honor for our country that a player like Kobe Bryant is here”, the Greek guard noted at first, to add next: “It’s a great pleasure for me to be here, since Kobe is the best player of all times and I wish that all the more people attend that kind of events in the future. NIKE had a superb idea and I’m really happy people are here to see him in person”.

Finally, the … winner Kobe Bryant commented: “Spanoulis is a great player. Thankfully all went well. In basketball, someone will win and someone will lose. We managed to play good defense and good pick n’roll. There has been competition and everything was fine”.

Next, he only had to say the best about Greece and young kids: “I had always wanted to come to Greece, it’s my first time here. I have heard many stories about how much Greeks love basketball, since they have been playing from childhood and I only today realize that they do love the game. The young kids have a lot of talent, and I would like to return at some point. It’s a great honor to be here”.

In addition to slots, the casino features table games, including European, royal, and Pontoon. There are also video poker machines, including Jacks or Better, Deuces Wild, and All American. The casino also has several video poker games, including Blackjack, Roulette, and Baccarat. You'll find classic and video poker games as well as progressive jackpots in Black diamond Online Casino AU. According to the https://aucasinoslist.com/casinos/black-diamond/, Before you start playing at Black diamond Casino AU, read the following information. We will discuss the welcome package, No deposit bonus, Instant play games and Payment options. For more information, visit our Black diamond Casino review. This page has been updated for 2019. 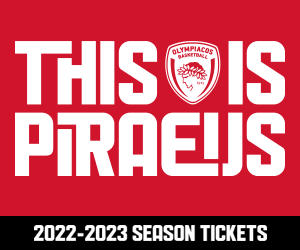