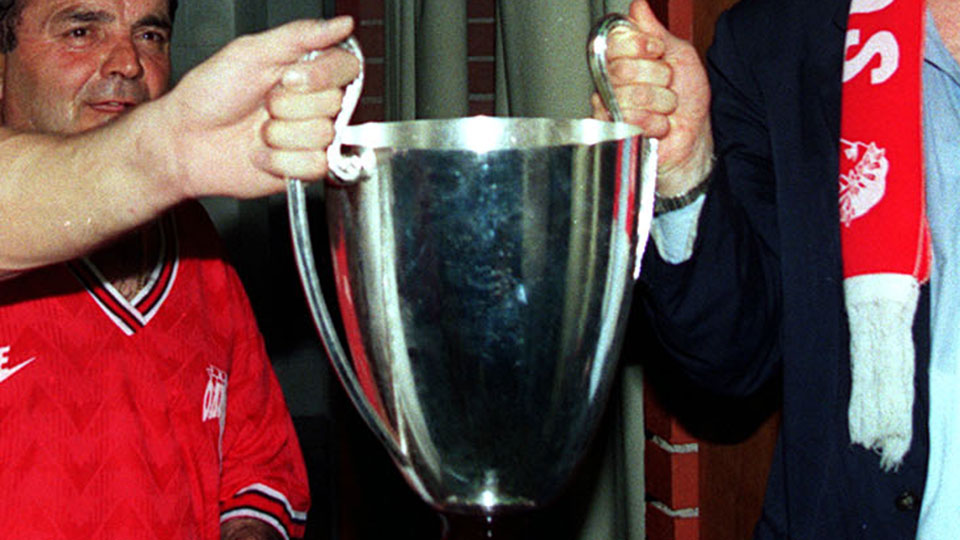 The Greek Cups of Legend

Olympiacos won the Greek Cup three times in a row and all the more during the first years the institutions was established, that is in 1976, 1977 and 1978.

The first time the opponent was AEK, on July 12, 1976 in Glyfada and Olympiacos won 81-69 thus winning the first trophy. One year and three days later, on July 15 1077, the Piraeus team was once again at the final besting Panionios 103-88 at the Panathinaikon Stadium and thus winning the second Greek Cup in history. The third consecutive title came once again against AEK. On June 5, 1978 Olympiacos won 83-72 and won yet another trophy.

Next season the Cup was lost Panathinaikos at the final, but on July 16, 1980 'Thyrlos' had four wins in five years, once again beating AEK (85-80) at the Panathinaikon Stadium.

It took 14 years and two lost finals for Olympiacos to once again win the Greek Cup. On May 27, 1994, the team of Giannis Ioannides played against Iraklis at the Peace and Friendship Stadium and won 63-51.

In 1997, at the OAKA stadium, Olympiacos beat Apollon Patras 80-78 with a three by Dimitris Papanikolaou at the buzzer. Five years later, at the Final Four held in the Peace and Friendship Stadium, Olympiacos, having the late Alphonso Ford as its MVP, best Panathinaikos for the semis and had a comfortable victory against Maroussi at the final with a score of 74-66.

The eight Cup of its history was won in 2010 with Panagiotis Giannakis in the bench. Olympiacos beat Panathinaikos 68-64 at the Ellinikon Stadium and won the trophy.

Dusan Ivkovic was at the bench next season. Olympiacos once again played against Panathinaikos for the Cup final and the outcome was the same. A victory for 'Thrylos' (74-68) and the win of yet another Cup title.