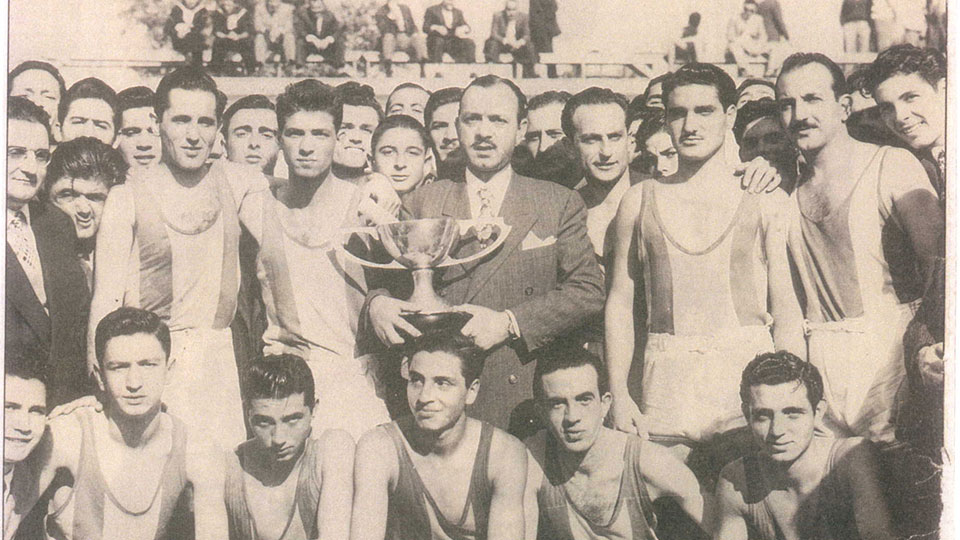 The Championships of Legend

With Fedon Mathaiou as the coach and players of the likes of Steve Giatzoglou, Giorgos Kastrinakis, Giorgos Barlas, Pavlos Diakoulas and Melini, Olympiacos with a 22-0 record won the Greek Championship in 1976.

Two years later the second double of its history was a reality since Olympiacos, after winning the Greek Cup also won the Greek Championship with only one loss during the season.

It took another 15 years before Olympiacos returned to the top of the Greek Championship.

It was 1993 when the team coached by Giannis Ioannides bested Panathinaikos in a 3-1 series and thus won the trophy.

Next season 'Thrylos' was first at the end of the regular season and having the absolute home court advantage won the championship winning PAOK 3-2 at the final play-offs series.

Olympiacos was the Greek Champion for a third season in a row in 1995. Panathinaikos was again the finalist and the 'reds' won 3-2.

'Thrylos' won its fourth consecutive championship title in 1996 once again against the 'greens'. The team of Ginnis Ioannides won its eternal rival 73-38 in the fifth final and won the title of the fourth time in a row.

Next season, Olympiacos made the finals against AEK, having already won the Greek Cup and the Champions Cup. The team under Dusan Ivkovic made a power showcase and won the title in OAKA with a 3-1 record that sealed winning the first 'Triple Crown" in the history of Greek basketball.

Fifteen years later, having once again Dusan Ivkovic in its bench, the company of Vassilis Spanoulis won the Greek Championship. More specifically, it was June 2012 when Olympiacos was once more the Greek Champion beating Panathinaikos 3-2 in the finals series.

'Thrylos' returned to the throne of the Greek league in 2015. Giannis Sfairopoulos' team 'swept' Panathinaikos 3-0 for the finals of the Greek play-offs and thus won the eleventh Championship title of its history. Next season began on a left foot not, but the ending was dream like. Olympiacos, in what was the last game ever for Dimitris Diamantidis, won the Greek Championship title in OAKA with a triple by Vassilis Spanoulis. The return of the Champions at the Peace and Friendship Stadium immediately after the end of the fourth final was above festive, with 20,000 fans waiting for the apotheosis of the Champs.