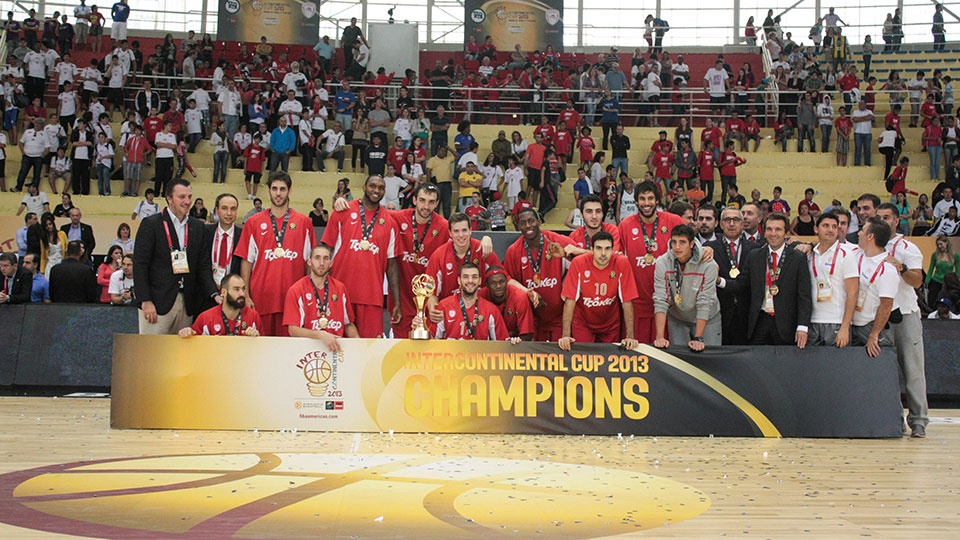 Having won the London Euroleague, Olympiacos faced the Brazilian team of Sky Pinheiros for the Intercontinental Cup Final. On October 4, 2013, Olympiacos with Giorgos Bartzokas in the bench and Vassilis Spanoulis scoring 18 points bested Sky Pinheiros 81-70.

Two days later, Olympiacos won once again. This time, the top scorer was Giorgos Printezis and the final score of 86-69 sealed conquering the top by 'Thrylos'.