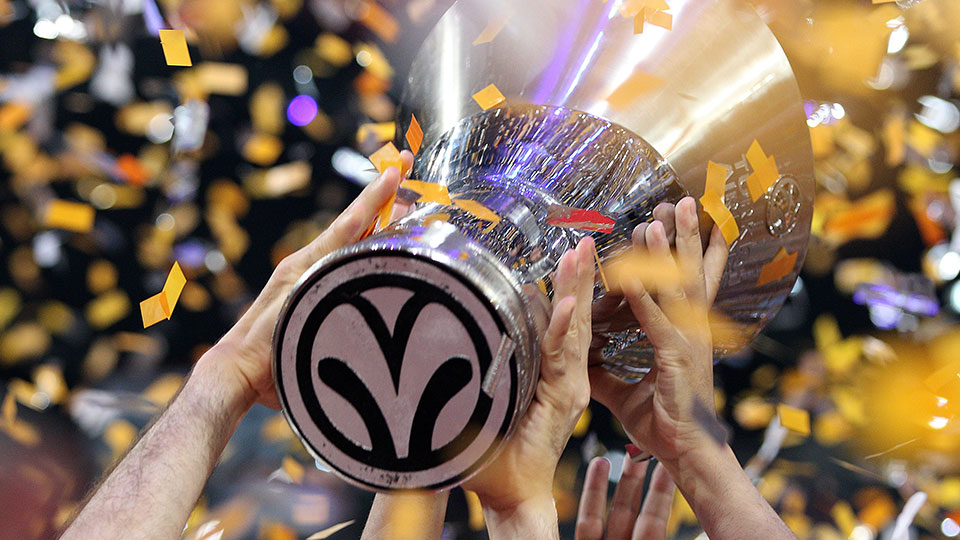 The Euroleague Titles of Legend

Having lost two finals (1994, 1995), the third time Olympiacos was at a Final Four was the lucky one. Dusan Ivkovic' team was at the Rome Final Four in 1997 having eliminated Panathinaikos at the quarter finals with 2-0 victories.

The Piraeus team faced Olimpija Ljubljana for the semis winning 74-65 and thus qualified for the final. They played Barcelona at the big final that was held April 24, 1997 at the Palaeur in Rome having more than 7000 of Olympiacos fans present.

David Rivers' company won 73-58 and won its first Champions Cup. Fifteen years later, again with Dusan Ivkovic in the bench, Olympiacos made the Istanbul Final Four. Barcelona was the first obstacle in the semis and Olympiacos won 68-64 with 21 points by Spanoulis.

Two days later, on May 13, 2012, 'Thrylos' returned in its throne. Although trailing by 19 at one point, the team made a huge upset and with a bucket by Printezis 0.7'' before the buzzer won the game and the title 15 years after the first one.

One year later, Olympiacos managed to do the unthinkable. The team remained in the European for a second season in a row. Coach Bartzokas' players kept stayed on their pedestal for a second consecutive season playing riveting basketball during the London Final Four and dismantling CSKA Μoscow and Real Madrid for the legendary Back2Back.

The Russian team was first in the semis. Where the 'reds' made a showcase of their power destryoing them 69-52. Olympiacos, although trailing by 17 during the first quarter of the final (27-10), once again turned the game over and sealed and incredible Back2Back with a 100-88 victory thus entering a very private club of teams that have won two consecutive titles.