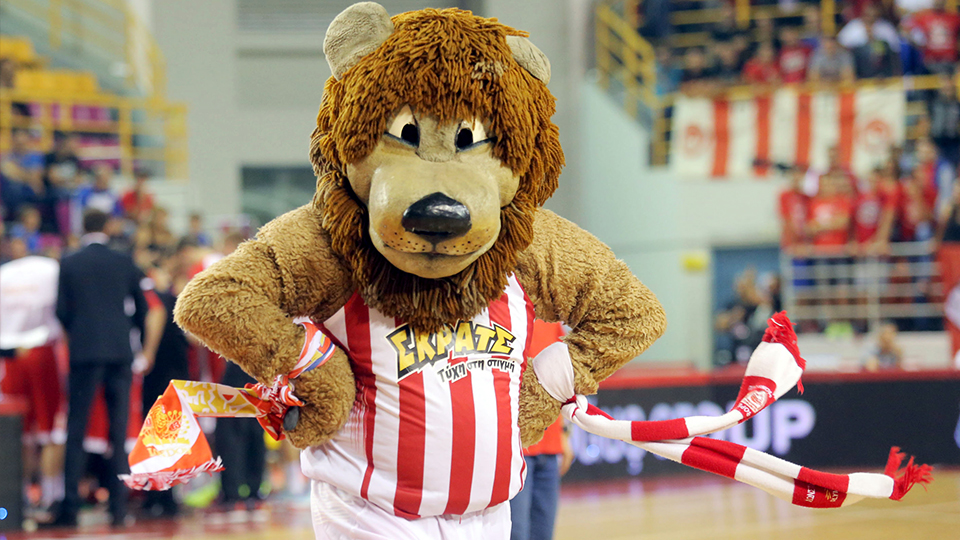 A… lion at your service! A lion, present at every game of Olympiacos. A legendary lion.

“Thrileon” is a combination of the Greek words “Thrilos” which means legend and is also the name of the products company of Olympiacos and “Leon” which means lion.

Thrileon was first seen in the Greek courts in 1992 during the game of Olympiacos against Zadar at the Sports Center of Patras for the European Cup where Olympiacos was participating back then.

He was born by the hands of the basketball fans of the team through a contest organized by the team in order to find its mascot. This contest had as a prize to whoever invented the best mascot, a free season ticket and Thrileon’s “mum” and winner of the contest drew him in the form of a lion and baptized him based on the old name of Piraeus, the Porto Leone, on the walls of which, once, were sculpted two lions.

Since then, Thrileon is always following the basketball team at all its home games in order to give a bit more color and humor as well as to be closer to the children who will always be the future fans.